If you were unaware, I like creepy things. My hangout spots of choice are cemeteries and spooky places, Vladimir can’t count how many skulls I have in my room (and I lost count at 30), Poe is my favorite author, and I enjoy learning about killers and creepy phenomena. So, I’m gonna share some of my favorite creepy stories.

This one is close to home since I’m from Richmond and Hollywood Cemetery is my favorite place. According to an urban legend, the mausoleum with the name W.W. Pool holds the remains of a vampire. In 1925, a tunnel collapsed which ‘awoke an ancient evil’. Rescue teams found a blood-covered creature with jagged teeth and skin hanging from its muscular body crouching over one of the victims of the cave-in. The creature then ran across the James River and took refuge in the mausoleum.

The Water Babies of Massacre Rock

The story goes that in Pocatello, Idaho, rather than subjecting their children to famine or starvation, mothers would drown their babies in the river. Some stories say that the babies survived by growing fins and gills, and seek revenge by luring people to their deaths in the river. If you sit by the river at Massacre Rocks, you can hear the sound of babies crying.

This is almost like a mix of Slenderman and Pillowman (if you know what that is). Walking Sam is a seven foot entity on an Indian Reservation in South Dakota that calls to teenagers and tries to convince them to commit suicide. In a six month span, there were over 100 suicide attempts on the Reservation.

This one caught my attention after a documentary in which it turned out to be real. Basically, it’s a man who stalks sleep-away camps (he was a popular campfire story) or children’s hospitals in New York, has a hook for a hand, and kills children who are wandering alone at night. According to the documentary, Cropsey was a convicted child kidnapper named Andre Rand.

This is a Japanese urban legend of a lady spirit whose mouth is slit from ear to ear. Some stories say it was punishment from her samurai husband for cheating or an attack because someone was jealous of her beauty. She’s vengeful. If you encounter her, she’ll have a weapon (most popularly big scissors) and a mask covering her face, then she’ll ask you if she’s pretty. If you say yes, she’ll take off her mask and ask again. If you say no either time she will kill you with her weapon.

In 1825, the entire population of the village called Kuldhara disappeared. A thousand villagers abandoned their homes overnight and left without a trace. No one knows why they left, where they went, and no one saw them leave. The village remains abandoned since according to legend, anyone who tries to settle will die shortly after.

This serial killer is creepy and less talked about than Dahmer or Bundy, but I don’t know why. He brutally tortured (sometimes beyond recognition) and killed at least 16 confirmed young men between the ages of 13-35, though his victim count is believed to in the 60s, in the span of over 11 years. He kept a scorecard of his murders in his car, and dumped the bodies by the freeway, hence his nicknames.

{Reminder: I don’t condone any of these actions; it’s just a fascinating study} 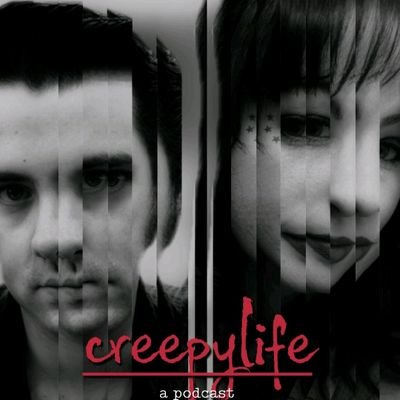 Anyway, the reason I bring up these creepy stories is that my friends Thomas and Sparkie have created a podcast called Creepy Life podcast. They go over some creepy stories including the Mandela Effect, Indrid Cold, the Wineville Chicken Coop Murders, and even the finger in the Wendy’s chili (that one is a weird rollercoaster and I love it). I enjoy their podcast and listen to it all the time at work. Link to their social medias and where to find the podcast: https://my.bio/creepylifepodcast

If you find creepy stories fascinating, let me know what some of your favorites are, and give Thomas and Sparkie a listen. They’re good people.